The Bloomberg Distinguished Professors are a cohort of world-class scholars working across fields to address major world problems and teach the next generation of researchers. They are supported by a $350 million gift to Johns Hopkins University from philanthropist, Hopkins graduate, and three-term New York City Mayor Michael R. Bloomberg. 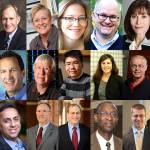 The program is currently recruiting top researchers from around the world, with a goal of having all 50 Bloomberg Professors at Johns Hopkins by the end of 2018.

When you think about a lot of issues we face in contemporary society—whether you’re looking at environmental issues, the challenges of global development, cities that work or cities that don’t work—it’s clear that you can’t solve these problems through the perspective of one school or one department acting alone. What you need is to bring several scholarly approaches together. 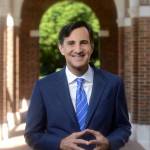