Home > About Us > University Leadership

Since taking office in March 2009, Ronald J. Daniels, Johns Hopkins University’s 14th president, has focused his leadership on enhanced interdisciplinary collaboration, individual excellence, and community engagement. These three overarching themes created the backbone of the Ten by Twenty, a strategic vision for Johns Hopkins through 2020.

In his writing, his advocacy, and his personal commitment, President Daniels—a law and economics scholar—has taken a leadership role in a number of areas, including urban engagement, especially within the Baltimore community; funding support for research in general and young researchers in particular; and fostering innovation and entrepreneurialism. 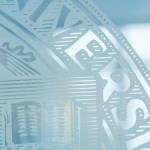 In the spring of 2017, Johns Hopkins University launched its second progress report—30 snapshots of projects large and small that exemplify its work toward the Ten by Twenty goals

Office of the Provost

Sunil Kumar took office as Johns Hopkins University’s 15th provost in September 2016. He is the chief academic officer and second-ranking member of the senior administration, responsible for promoting and coordinating the university’s teaching and research mission. He also oversees the university’s nine schools as well as several interdisciplinary programs and academic centers.

Kumar is a widely published expert on operations management and research who had been dean of the University of Chicago Booth School of Business for five years before joining Johns Hopkins. Provost’s Office website

Johns Hopkins’ excellence is grounded in its many divisions, which work together as one university. Our deans and directors guide research and educational programs on the divisional level. University leadership bios