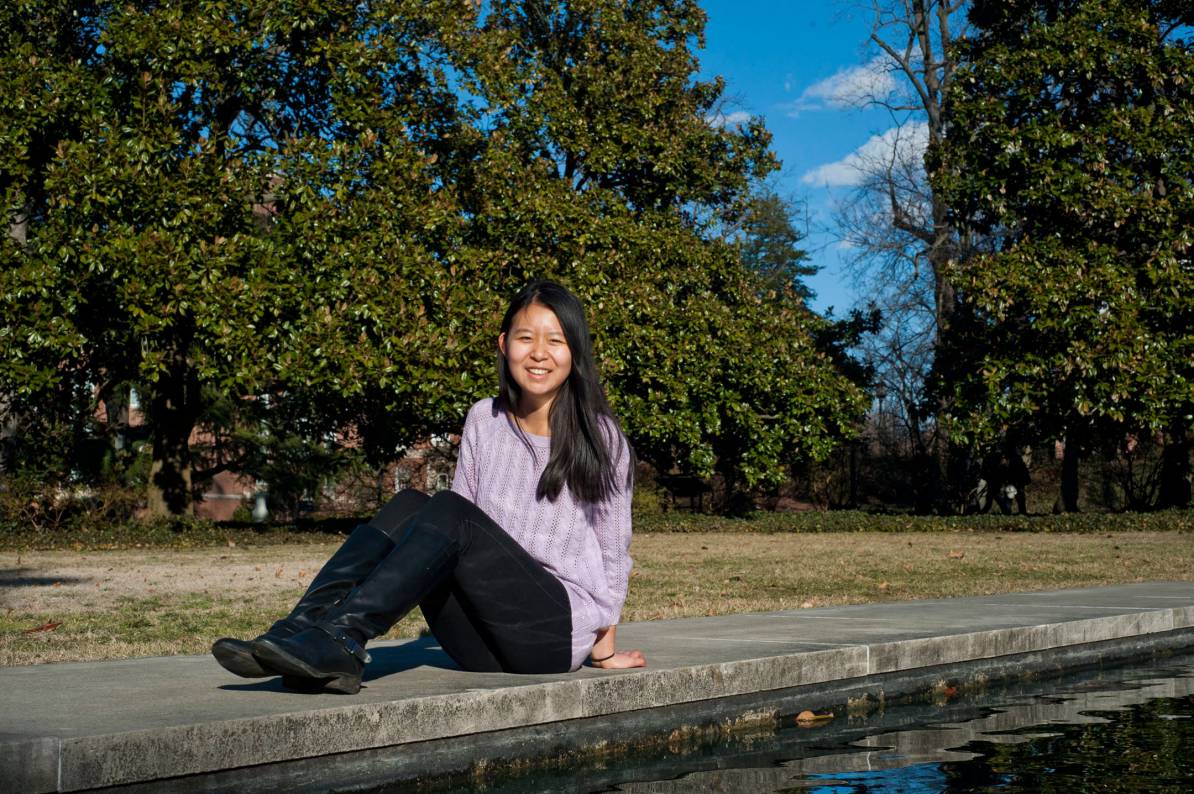 I would just say come here and be open to meeting new people and absorbing it all. I think a lot of people say 'I’m going to be pre-med,' or whatever their major is, and 'I’m going to do this, this, and this,' and that’s how I’m going to get through these four years. Try to take one course that’s outside what you’ve ever experienced. So last semester, I took a freshmen seminar in philosophy. I had never touched philosophy. I had no idea what I was doing and it ended up being one of my favorite classes. I became good friends with the professor. Philosophy was not at all something I could ever imagine myself doing, so it was interesting. College is about doing new things.