Since our founding, Johns Hopkins University has been committed to delivering knowledge and discovery to the world. Through Hopkins at Home, you can now access some of the best of what Hopkins has to offer — from our labs, libraries, and lecture halls to your laptop.

In partnership with the Johns Hopkins Alumni Association

Most Recent or Upcoming Live Event

Please note: All livestream content is recorded, edited, and published to our playlist here within a week of the live program.

“Being Other”: A Community Discussion Series

2020 brought us more than a pandemic. During this unprecedented time, violence against members of the APIDA community has spiked and continued discrimination against APIDA individuals is now squarely the focus of public attention. Join us for a panel discussion with members of the Hopkins APIDA community about their personal experiences over the last year and what they believe the next 12 months may bring.

Following this livestream, we invite participants to join our panelists in small group conversations via Zoom guided by two exploratory questions:

1. How do we combat the growing APIDA hate and violence in our communities?
2. Where do APIDA stories and efforts for equity and anti-racism fit into today’s current public discourse and the increased focus on the Black Lives Matter movement?

AJ Tsang, A&S ’19
AJ Tsang graduated from Johns Hopkins in 2019 with a B.A. in French and a B.A in Public Health, with a concentration in health policy, economics, and management. At Hopkins, AJ served as Student Body President and worked as a research assistant at the Bloomberg School of Public Health and as a PILOT leader for biostatistics, epidemiology, and microeconomics courses. He also served as a Presiding Official on the Ethics Board and as a student representative on the Mental Health Task Force, the Diversity Leadership Council (DLC), and the Homewood Council on Inclusive Excellence (HCIE), where he co-chaired the Climate, Culture, and Campus Experience Subcommittee. During his time in the Student Government Association (SGA), AJ led the final years of SGA’s long-term advocacy campaign for the construction of a student center; established SGA’s Civic Engagement Committee and Policy Research and Development Commission; and started SGA’s Shared Governance Initiative, which aimed to enhance the role of students, faculty, and staff in university policymaking processes.

AJ currently works as a Senior Consultant at Booz Allen Hamilton, where he supports clients in the federal health space and serves as an executive member of the firm’s Asian- and Pacific-American Network (APAN). AJ is also a member of Hopkins’ Baltimore Young Alumni Committee and has been part of efforts to form an Asian-, Pacific-Islander-, and Desi-American (APIDA) affinity group for Hopkins alumni. AJ also served on the alumni working group that developed alumni-focused recommendations for the next iteration of Hopkins’ Roadmap on Diversity and Inclusion.

Anisha Anand, A&S ’18
Anisha Anand graduated from Johns Hopkins in 2018 with majors in Economics and International Studies. She currently works in New York at Brookfield Asset Management in Private Funds, assessing investor demand and assisting capital raising efforts for Brookfield’s investment strategies. Prior to her current role, she worked at BNY Mellon for 2 years. While on campus, Anisha worked at the Office of Alumni Relations, was a member of Alpha Phi, and served as Secretary General of JHUMUNC her senior year. She is originally from Dallas, Texas.

Dr. Suhnne Ahn
Suhnne Ahn joined the musicology faculty at Peabody Conservatory in 1997 after completing her Ph.D. in musicology from Harvard University. Her dissertation, “Genre Style, and Compositional Procedure in Beethoven’s ‘Kreutzer’ Sonata, Opus 47,” was written under the direction of Lewis Lockwood and examines Beethoven’s creative process in composing this masterpiece as well the hybridization of concerto and sonata genre influences contained within. Her research interests include Beethoven sketch studies, 19th-century chamber music, and the early formation of the Paris Conservatory. Ahn’s work has been published in The Beethoven Violin Sonatas: History, Criticism, Performance by University of Illinois Press. Most recently, her scholarly endeavors are directed toward the ongoing development of a web-based “e-edition” of the violin concerti of the triumvirate of Parisian virtuosi Rodolphe Kreutzer, Pierre Rode, and Pierre Baillot.

Ahn came to the study of musicology through her early activities as a performer. She received her B.A. in music from Yale College. While turning toward musicology, she studied piano as an undergraduate at the Yale School of Music and attended the Aspen Music Festival. Influential piano teachers include Charlotte Martin, Arlene Portney, Ward Davenny, and Herbert Stessin. Ensemble experiences as a violinist in numerous youth orchestras in Oklahoma were also significant. Her familiarity with both the piano and string repertoire steered her toward and informs her scholarly work on Beethoven’s chamber music. Her awards include the Deutscher Akademischer Austauschdienst (DAAD) for study in Berlin, the Oscar Straus Schafer Teaching Fellowship recognizing devotion to undergraduate teaching at Harvard, the Paine Traveling Fellowship for research in Bonn, and Peabody Faculty Development grants that have facilitated research pursuits in Krakow and Paris.

In addition to teaching courses in her area of expertise, Ahn has offered a variety of seminars with topics ranging from sixteenth century English polyphony to the chamber music of Brahms to twentieth century opera. Her classes on Russian music history and the history of the Requiem were tributes honoring Baltimore’s homage to sister city St. Petersburg and the anniversary of 9/11 respectively. A recent seminar on the Paris Conservatory provides an opportunity for musicians from all disciplines to examine early pedagogical issues associated with their own instruments or voice type.

Outside the Conservatory, Ahn served as the Director of Student Affairs at Peabody Preparatory from 1997 until 2002. From 2002 to 2014, she was the House Dean of Harnwell College House at the University of Pennsylvania, where she also taught several courses in the critical writing program with an emphasis on cinema studies, and from 2015 to 2016, she served as Dean of Residential Life and Student Activities at the Colburn School in Los Angeles. Most recently, Ahn has taught within Peabody’s liberal arts curriculum offering undergraduate cinema courses on the American actress Katharine Hepburn and East Asian and Asian-American representation in film. In Fall 2018, Ahn assumed the position of Director of the Peabody at Homewood program, the music minor curriculum within the Krieger School of Arts and Sciences. She currently serves on the committee of the Yale Friends of Music, is a board member of the Jonathan Edwards Trust at Yale, and has been a long-standing member of the American Musicological Society (AMS).

OUR MODERATOR
Dr. Katrina Caldwell
Katrina Caldwell, Ph.D joined Johns Hopkins University as the Chief Diversity Officer (CDO) on July 1, 2020. In her role at CDO Dr. Caldwell will serve as the primary steward of the Roadmap on Diversity and Inclusion, align D&I initiatives with university priorities, and coordinate and collaborate with the university’s divisions on D&I matters. Dr. Caldwell will also serve as the ex officio co-chair of the Diversity Leadership Council, alongside Ashley Llorens, Chief of Intelligent Systems Center at the Applied Physics Laboratory and chair of the Diversity Leadership Council.

Dr. Caldwell has a long record of strategic planning and implementation around diversity initiatives. In her role as the assistant vice president for diversity and equity at Northern Illinois University Dr. Caldwell was responsible for overseeing several departments within the Division of Student Affairs and Enrollment Management and developed innovative trainings and programming for constituencies throughout the university. In her eight years at DePaul University Dr. Caldwell served as director of adult student affairs starting in 2004 and by 2008 was developing cultural education programs with emphasis on social justice and diversity and serving on the President’s Diversity Council responsible for advancing DePaul’s university-wide diversity strategic plan.

From 1998-2004 Dr. Caldwell served as the assistant dean of minority affairs at the University of Illinois in Chicago, developing and successfully implementing a strategic plan to increase outreach to prospective students, retention and graduation of graduate fellowship students, and professional development programs. Prior to 1998 Dr. Caldwell served as director of the Higher Education Basics Program, Student Assessment and Outcomes at East-West University and associate director of the Summer Research Opportunities Program at University of Illinois in Chicago.

Dr. Caldwell was a Diversifying Faculty in Illinois fellow and her honors include the White House’s Presidential Award for Excellence in Science, Mathematics, and Engineering Mentoring, Illinois College Personnel Association Award for “Outstanding Contribution to Social Justice,” and Who’s Who in Black Chicago. Diversity MBA magazine recognized Dr. Caldwell and awarded her as one of the Top 100 Under 50 Executive and Emerging Leaders in 2011.

Sign up HERE to receive our newsletter highlighting upcoming Hopkins at Home programming.

Note: Hopkins alumni receive this information weekly from JHU Alumni Association. Alumni who are not receiving these messages should check your junk mail folder or contact the Alumni Office to update your information at alumni@jhu.edu. 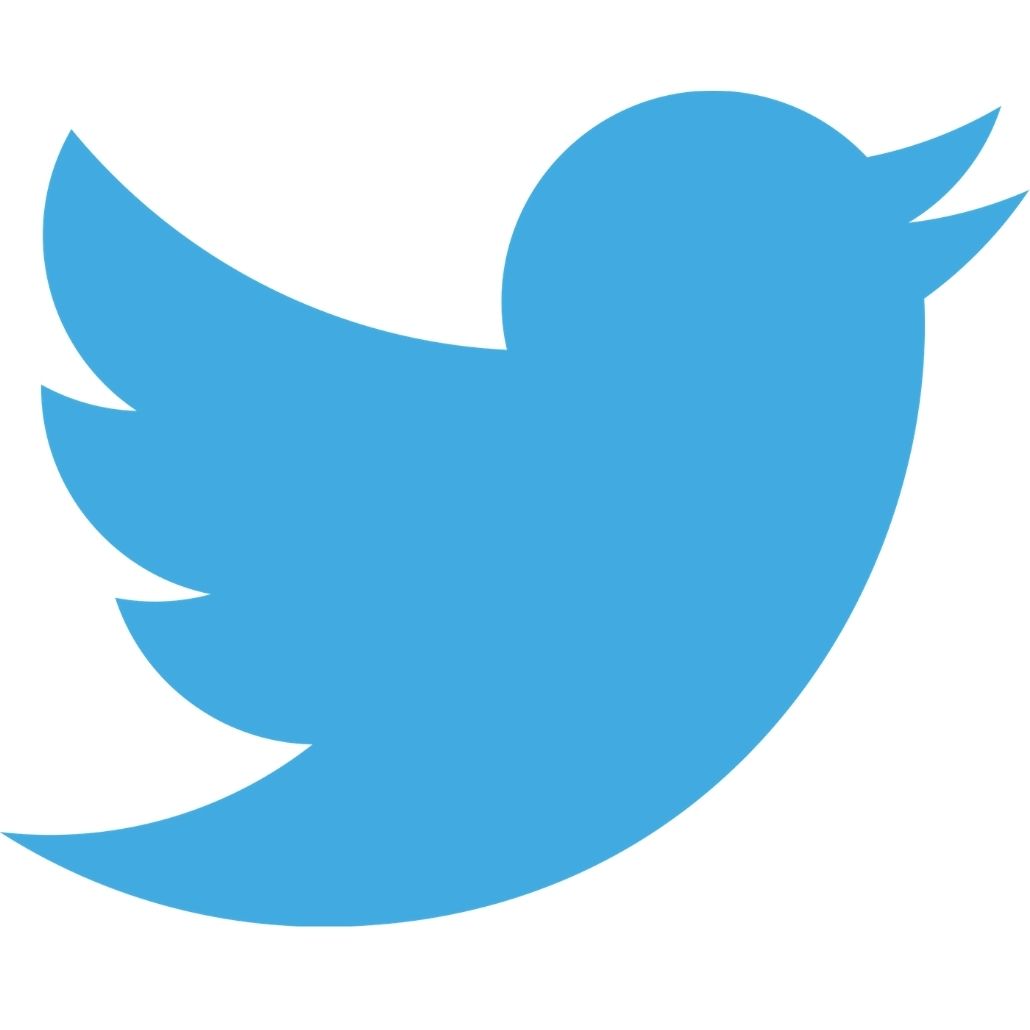